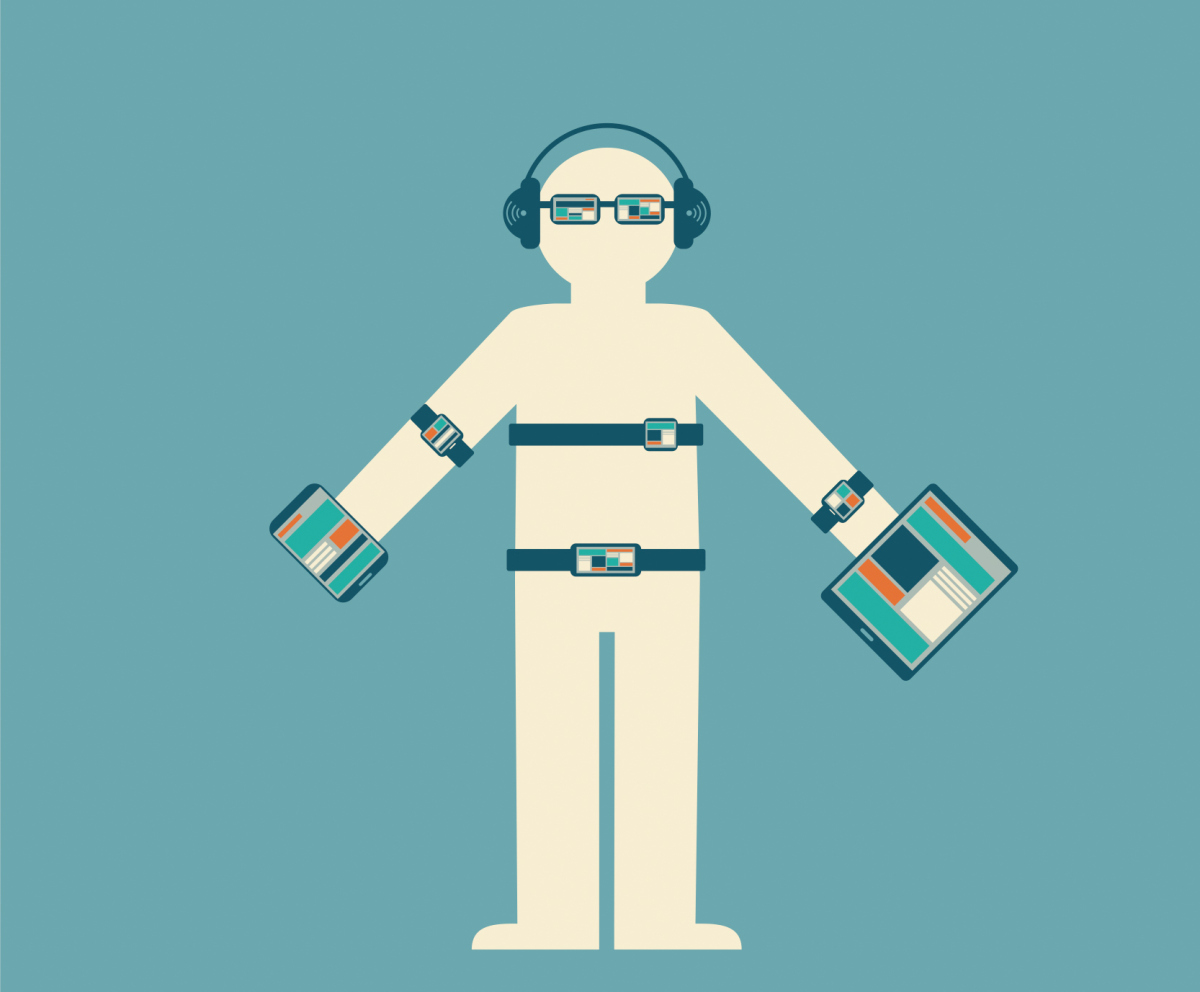 Steve Jobs was famous for saying that people don’t know what they want until you show it to them. This philosophy has been attributed to the success of Apple products over the years, but it is not just applicable to the latest iPhone. Whether you are selling cars or kitchenware, it is important that individuals see your product as not just interesting, but necessary. The same applies to the field of health care when we consider how health informatics is influencing wearable devices.

Consider the first generation of modern wearables. They elicited a lot of hype, as well as a lot of skepticism (Google Glass, anyone?). Early adopters were eager to experiment with the new features, but it wasn’t until much later that wearables became more ubiquitous. Early on, the majority of consumers found wearable technology intriguing, but not necessarily something to add to their shopping list. For the health care industry, this is poses a challenge.

Wearables have the potential to change the face of health care forever, but that potential is useless if consumers are not purchasing the products. Instant access to information such as blood pressure, heart rate, fitness levels, and sleep cycles needs to become so common that the individuals who are not tapped into the workings of their body feel left behind, much like how the modern day flip phone user feels in a sea of smartphone owners.

For that to happen, though, wearables need to share a few common features that will make consumers decide that they are worth owning.

Technology is useless if it isn’t easy to understand. Wearable devices need to be intuitive from the moment they are out of the box. Consumers shouldn’t feel as though they need a comprehensive user manual to enter in their caloric intake. Wearables to be accessible to everyone—even those who are less familiar with technology.

For consumers to willingly spend money on wearable technology, it has to be within a reasonable price range. Few individuals will shell out thousands of dollars for a fancy watch that tracks your pulse. For many, even a few hundred dollars is pushing the limits of their wallet. As the technology improves, and as new generations of wearable devices are invented, existing devices will become more affordable. This means that more people will find to be them reasonable purchases.

While the potential for wearables is huge within the health care industry, the consumer may not see this as their devices’ primary purpose. A device that allows them to control their music, program GPS directions, set alarms and read their text messages has a much wider appeal than simply counting steps. The beauty of wearable technology is that it can do so much, and more features are being added constantly. From simply telling the time to notifying you when you’ve been sedentary for too long, wearable technology has a lot of potential. It’s that flexibility to satisfy a variety of needs—health-related and otherwise—that will help wearable technology become more prevalent.

Wearables are, for better or worse, part of an ensemble. Some devices can be hidden beneath clothing or in pockets, but many of the products on the market today are fashioned as bracelets or watches, and are visible. This means that, in addition to being functional, they should be appealing. Clunky, awkward-looking devices are less likely to be purchased en masse, and they may only reach a small portion of the population.

Wearable technology is certainly here to stay, but how common it will become in the next few years is still uncertain. The true benefits of this technology cannot be harnessed until the average consumer decides that they want one of these devices—which will increase in likelihood as these four features become more common.