SBMI Blog Featured: In The Spotlight

Just as the X-ray machine invented more than a century ago enables doctors to see images of structures inside the human body, recent breakthroughs in artificial intelligence (AI) and machine learning are enabling doctors to not only see, but predict, previously unidentified patterns within medical and biological data that can inform individualized disease prevention and care, as well as biomedical discovery.

For many clinical tasks, AI can often outperform—in speed and accuracy—trained clinicians. Here, I am providing only a few examples from a rapidly expanding list of medical AI applications. AI systems developed by training with massive numbers of images can recognize melanoma from photographs of the skin; diabetic retinopathy and glaucoma can be diagnosed by AI from OCT images; and endovascular thrombectomy eligibility can be determined by AI using the CT scans of stroke patients. AI systems developed from human behavioral data can detect early signs of Parkinson’s from typing movement of the hands; depression can be determined from sleep patterns tracked by mobile devices; and fall risks can be predicted through gait analysis videos. AI systems developed from longitudinal electronic health records (EHR) can predict a multitude of health conditions such as myocardial infarction, heart failure, sepsis onset, and stroke, as well as assist in the analysis of critical quality and safety issues that include ICU mortality and hospital readmission. In addition, AI systems utilizing EHR data can detect previously unknown drug-drug interactions, adverse drug events, and new functions of existing FDA-approved drugs. AI systems for genomic data can establish previously unknown correlations between diseases and genotypes. For clinical operations, AI algorithms can transcribe a doctor-patient conversation in real-time into clinical notes and then further convert them into structured codes in EHR for clinical decision support and billing, thereby reducing the physician’s workload and facilitating more direct patient-doctor interaction. 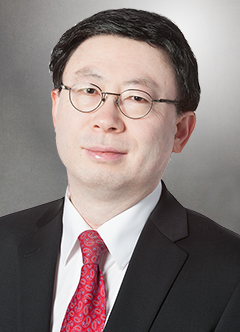 We are in the throes of a fundamental economic and societal transformation.

The Agricultural Revolution that took place around 10,000 BC liberated people from food insecurity via farming; the Industrial Revolution that commenced 200 years ago began to free people from grueling physical labor through machines; and the Artificial Intelligence (AI) Revolution occurring now is liberating people from cognitive labor through powerful computing, universal connectivity, and massive data. While AI has been disrupting and changing many industries, including information access, communication, retail, manufacturing, agriculture, entertainment, travel, finance, and education, its seismic tremor is just beginning to impact the largest industry in the U.S., which accounts for nearly one-fifth of its GDP: Healthcare.

The AI Revolution promises to be an exciting era. With virtually unlimited potential, medical AI is rapidly evolving to produce ever greater numbers of increasingly advanced clinical applications that will dramatically improve patient care, disease prevention, and biomedical discovery. It’s great to be part of that transformation!


In late 2019, UTHealth School of Biomedical Informatics (SBMI) Dean, Professor, and the Glassell Family Foundation Distinguished Chair in Informatics Excellence Jiajie Zhang, PhD, wrote a blog post that made this analogy; “AI is to Medicine Today What the X-ray was to Medicine a Century Ago.”
Read More 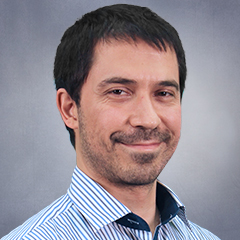 Exploring the “Other” Side of Data Science

“The responsibility to the personal information is increasing at a great pace.”

We are fortunate to live in an era of healthcare revolution. The usage of big data and machine learning is disrupting every aspect of healthcare in both the research labs and in the clinic. For example, large computers at SBMI are churning data from millions of people at a non-stop, 24/7 pace. We learn insights from the databases to make healthcare less expensive, more effective, and more accessible. 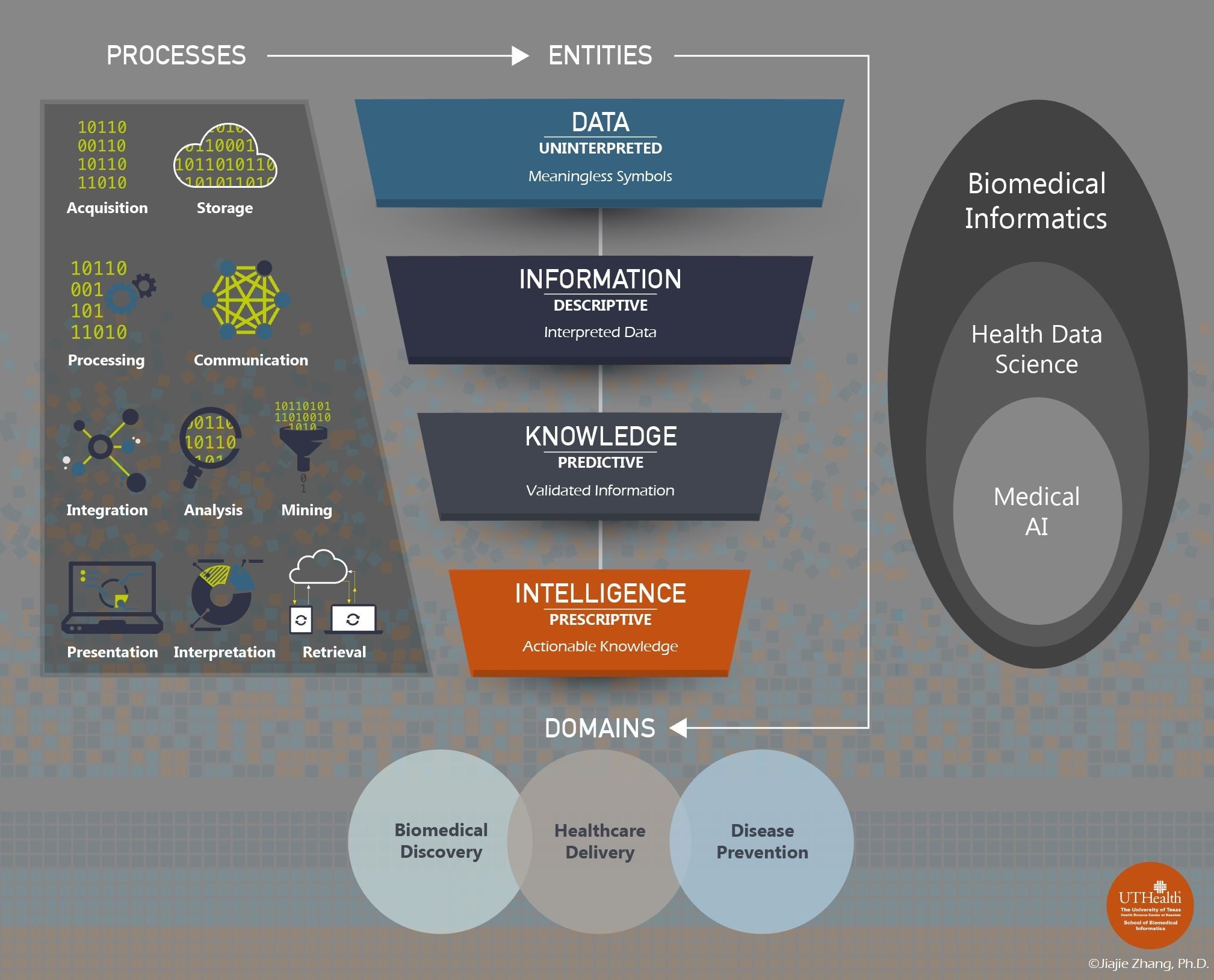 Medical AI, Health Data Science, and Biomedical Informatics: What is the Relation?


We are fortunate to live in an era of healthcare revolution. The usage of big data and machine learning is disrupting every aspect of healthcare in both the research labs and in the clinic. For example, large computers at SBMI are churning data from millions of people at a non-stop, 24/7 pace. We learn insights from the databases to make healthcare less expensive, more effective, and more accessible.
Read More