Time To Implement IOM Health IT Recommendations For Improving Diagnosis 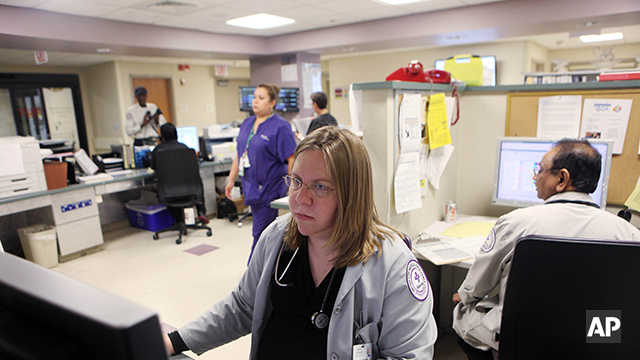 One year ago, we highlighted missed opportunities in diagnosis of a patient who presented with Ebola in Dallas, Texas; a harmful misdiagnosis with substantial public health implications. Acknowledging human errors were also made, we emphasized specific areas of risk within the electronic health record (EHR)-enabled diagnostic process.

On September 22, 2015, the Institute of Medicine (IOM, now called National Academy of Medicine) released its report “Improving Diagnosis in Health Care” and made several recommendations regarding use and/or misuse of EHRs in the diagnostic process. In this post, we speculate on possible scenarios if some of the recommendations, specifically those related to EHRs, were in place before September 2014. We discuss how the process of diagnosing US Ebola Patient Zero at the initial hospital, or for that matter any EHR-enabled hospital emergency department (ED) across the US, might have been different.

Imagining A Different World: How Might The Ebola Patient’s Diagnosis Been Different?

The patient, Ebola Patient Zero, initially presented to the ED where his vital signs and travel history to West Africa were recorded by the triage nurse using standard EHR-based nursing documentation templates. However, these notes were not seen by the ED physician.

EHRs That Support Teamwork And Communication

We recognize that there are many other ways to improve teamwork but in this day and age a major component of making teams function well is having EHRs that support teamwork and communication. Unfortunately, EHRs are not inherently designed this way and substantive ‘real-world usability testing is needed in order for them to do so.

If such capabilities had been incorporated into the Office of the National Coordinator for Health Information Technology’s (ONC) EHR certification criteria and strictly enforced, perhaps the nurse’s workflow would not have been so fixated on documenting items such as the patient’s flu shot status to meet a specific quality measurement objective. We don’t know if the absence of these competing demands would have enabled the nurse to have recognized the significance of the travel history, but we know that EHR demands certainly change the way health care professionals communicate.

Furthermore, with better EHR user interface design, the flow of critical information between the nursing documentation forms, which physicians typically don’t review, to the physician’s forms could be improved, thus achieving the objectives of having EHRs facilitate and improve teamwork rather than inhibiting it. The VA’s long standing EHR, which often outperforms commercial EHRs on surveys of user experience, does not demarcate display of notes into physician versus nursing workflows. The ability to review every patient’s complete medical history in a longitudinal manner is a key factor in making an accurate and timely diagnosis. EHR screen designs could be greatly improved if they were shared among all EHR users, regardless of vendor.

And here is a case in point why this is needed. To respond urgently to the first Ebola case, most of the major EHR vendors convened user groups to help them design, develop, and implement condition-specific documentation templates along with corresponding isolation alerts designed to quickly screen and identify all patients who could potentially have Ebola. Unfortunately, other than this example screen from the home-grown system in use at Brigham & Women’s Hospital in Boston, MA (that has since been replaced by Epic) few of the major EHR vendors made their recommendations or screen shots publically-available (Cerner being a notable exception).

Such condition-specific EHR-based documentation templates could have been quickly shared and iteratively refined among EHR systems around the world if the IOM report’s third recommendation— namely that EHR vendors should “permit and support the free exchange of information about real-time user experiences with health IT design and implementation that adversely affect the diagnostic process”—had been implemented, and had the ONC been funded to create the Health IT Safety Center based on the 2012 IOM report for Health IT and Patient Safety: Building Safer Systems for Better Care.

The Time To Act Is Now

We use these examples to illustrate the bigger point that we need action now. What we need urgently are strategies to improve EHR user experience, and this can be jumpstarted through sharing screenshots and best practices. Concerted efforts by multi-disciplinary stakeholder groups, such as ECRI’s Partnership for Health IT Patient Safety could facilitate these efforts. For example, the ECRI partnership is working on strategies to address documentation-related copy and paste issues, which we previously found to be a problem in diagnosis related work.

However, what we need most of all is a public-private partnership as an effective vehicle to learn from safety concerns and disseminate best practices. This could fall under the authority of the proposed Health IT Safety collaborator, but only if it’s funded by the Congress.

Finally, what if Ebola Patient Zero had gone to a different hospital following his first discharge from the ED? This is not an uncommon scenario and one that often leads to the care team’s complete unawareness of previous diagnostic outcomes of the patient. This is where “interoperability” recommendations from the report to “require health IT vendors to meet standards for interoperability among different health IT systems to support effective, efficient, and structured flow of patient information across care settings” would have ensured that the necessary information exchange would have occurred.

In summary, the Improving Diagnosis report makes critical recommendations that are overdue for implementation. We need safe and effective EHR design, development, and use in order to reduce misdiagnosis, which according to report estimates and our research, can affect all of us in our lifetime. Now that these recommendations have been formalized, we encourage policymakers to take actions to make them a reality so we can make EHR-enabled health care safer.

The original blog can be seen on Health Affairs Blog.