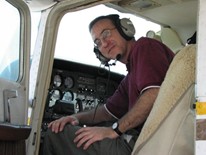 Dr. Jenders joined the Computer Science Branch (CSB) of the Lister Hill National Center for Biomedical Communication (LHNCBC) of the National Library of Medicine, US National Institutes of Health in October, 2010. His research broadly addresses the domain of clinical decision support, with a focus on knowledge representation and health information technology standards in the context of electronic health record systems. A general internist and fellow of the American College of Physicians and the American College of Medical Informatics, he also provides clinical care and teaches in the graduate medical education programs as Professor of Medicine at Georgetown University.

Outside of his home institutions, Dr. Jenders has served since 1998 as co-chair of the clinical decision support work group of Health Level Seven (HL7), the principal international standards development organization for health information technology. He is a co-author of Improving Outcomes with Clinical Decision Support, which was named 2005 Book of the Year by the Health Information and Management Systems Society (HIMSS). Pursuant to his research in clinical decision support systems, Dr. Jenders served as technology chair of the National Vaccine Advisory Committee's Work-group on Immunization Registries in 1998-1999, contributing to its national action plan for registries. He also served as a member of a work-group of the American Health Information Management Association (AHIMA) that produced a practice brief regarding computer-assisted coding. Dr Jenders has served as a member of a work-group of the California Healthcare Foundation, studying laboratory data exchange, in addition to service as a work-group member of the Certifying Commission for Health Information Technology (CCHIT). He has been a member of the scientific program committees of the premier scientific meetings of medical informatics in the USA: the American Medical Informatics Association (AMIA) Annual Symposium and the AMIA Spring Congress. He has served further as a member of the technology leadership committee of the National Alliance for Health Information Technology and also has served as a member of Terms Standardization work-group appointed by the Office of the National Coordinator for Health Information Technology. He has been an invited lecturer both nationally and internationally, including at major conferences in Argentina, Australia, Canada, Korea, New Zealand and Taiwan. He has served as a reviewer for major journals in the discipline of Biomedical Informatics, including the International Journal of Medical Informatics and the Journal of Biomedical Informatics, and he has published in numerous journals and conference proceedings.

A native of Milwaukee, Dr. Jenders received a BS degree in computer science from Marquette University and the MD degree from the University of Wisconsin-Madison, where he also completed internship and residency in medicine. He went on to serve as clinical and research fellow in medicine at the Massachusetts General Hospital, completing a National Library of Medicine fellowship in medical informatics at the Harvard-MIT Division of Health Science and Technology. He concurrently completed the MS degree in computer science at Northeastern University. Upon completion of training, Dr. Jenders served as Assistant Professor in the Departments of Medicine and Biomedical Informatics at Columbia University and as Associate Professor and Professor in the Department of Medicine at the University of California, Los Angeles before relocating to NIH and Georgetown University.