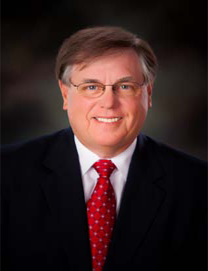 Dr. Ingram currently holds the position of Chief Medical Officer for Greenway Medical Technologies, Inc. and one of the founding physicians of Greenway. The company is a privately held EHR software company with corporate offices in Carrollton, GA. The company was incorporated in 1998 and has been actively involved in the EHR industry with over 1500 practices in the US and Puerto Rico with nearly 20 million patients on the system. He became interested in EHR technology in 1993 while a practicing surgeon. Since 1993, he has collaborated in the development of two different EHR companies in addition to using the systems in clinical practice.

Areas of interest have been in clinical decision support at the point of care, interface and reference terminologies in EHR and speech understanding.

Additionally, he has served on the Certification Commission for Healthcare Information Technology for the past 4 years providing input on criteria to be included in the requirements for certification of EHRs.

Prior to Greenway, he was an actively practicing surgeon; he has been on the Medical Executive Committee, Director of Intensive Care and Chief of Surgery for Tanner Medical Systems.